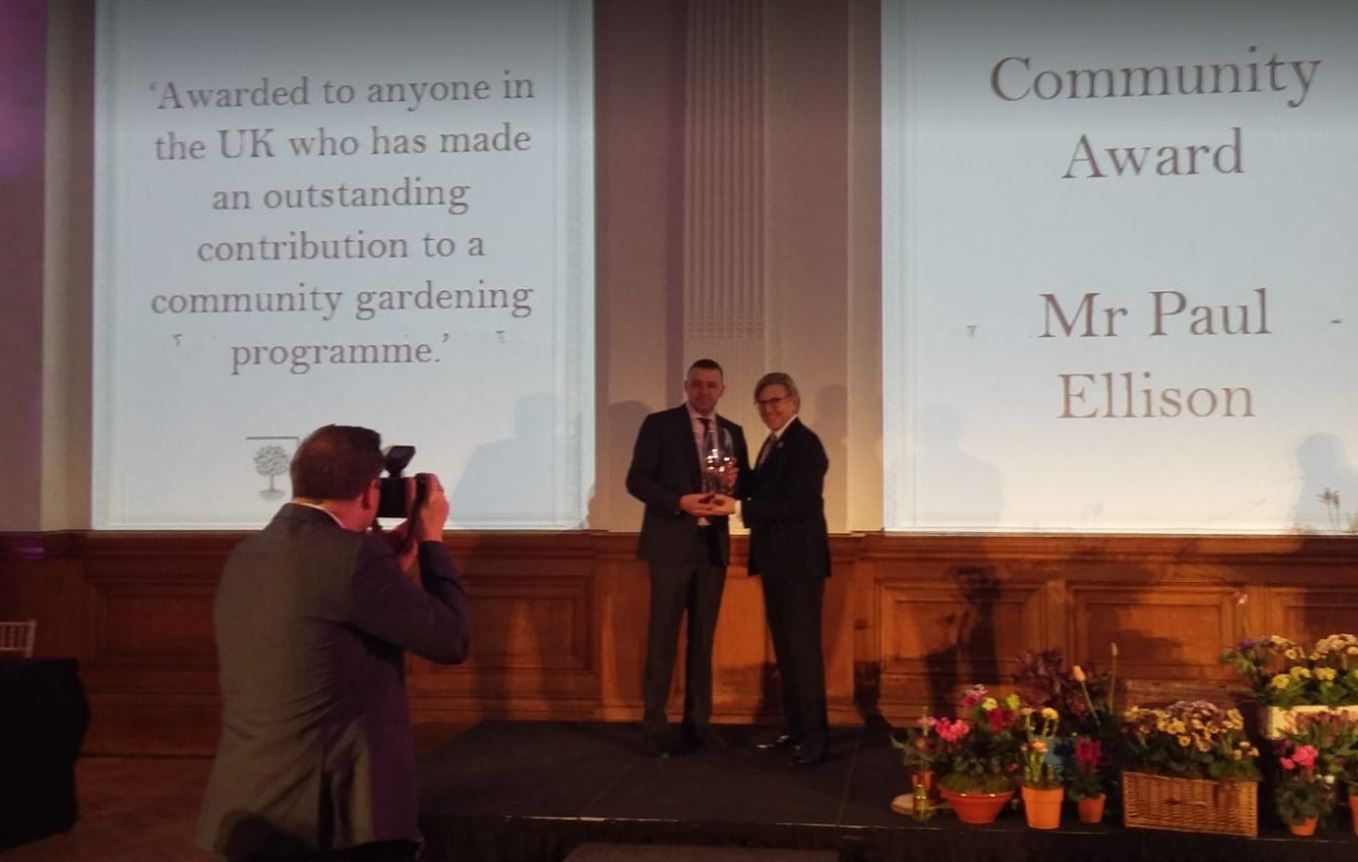 A borough volunteer has won the National Community Award from the Royal Horticultural Society (RHS) at its annual ceremony.

Paul Ellison picked up the award at the 2022 RHS Awards ceremony, held at their headquarters at Lindley Hall in London on Monday March 7.

The Community Award is given to someone who “has contributed to a community gardening project over a period of time, including community gardens, orchids, urban and rural programs that bring value to the wider community in which they are based.

The 39-year-old, who has worked on outdoor community projects since the age of eight, said he was “delighted” to win the award.

“I’m absolutely over the moon, happy but just nursing a hangover at the minute!” said Paul, the day after his trip to London.

“I was a little uncertain at the time, but when I arrived at the event, I realized the magnitude of it.

“You have Micheal Heseltine sitting there and all these actors and TV presenters who do all the gardening programs on TV.

“It was a truly national award and the first time the RHS has presented this award.”

Paul has been recognized for his work with a number of groups in the borough including Norden In Bloom, NEEVA Norden Environmental & Economic Village Association, Keep Britain Tidy, The Friends of Ashworth Valley and Rochdale In Bloom.

He said highlights of his years of volunteer work included winning gold at the Tatton Park Flower Show, building the First World War Memorial downtown and being named Man of the Year. of Rochedale.

Having started his community work at the age of eight, helping the defunct Rochdale and Oldham Groundwork Trust, Paul says volunteering has been a lifelong passion.

“The Rochdale and Oldham Groundwork Trust have taken initiatives with the environment such as collecting litter and repairing fences and paths,” said Paul, who lives in Norden.

“It was back when you had a real ranger in a jeep and he would go around and take care of the area.

“When I was a kid it was great, I was out on the moor doing stuff and that’s where my volunteering and outdoor work started.

“I’ve been doing this for 32 years, I think it’s just fused together and done well at this price point.”

Paul added that he wanted to thank everyone who has helped him over the years, especially his friend Phil Starr.

He said: “Obviously I’ve had a lot of help over the years with sponsors, helpers and volunteers. I want to thank everyone who has supported me on my journey.