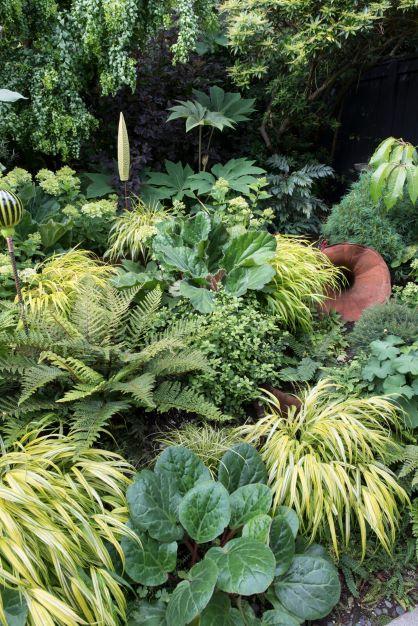 Take a walk in a wooded area and observe the diversity of plants. Trees, shrubs and other perennials grow together as a strong family unit. You can have that same kind of synergy in an edible garden.

Dave Jacke has written books on the ecology and design of home-scale food forests. He says the idea is still in its infancy, but it’s a paradigm for agriculture that focuses on multipurpose plants in small-scale environments. Basically, it’s gardening LIKE the forest, not necessarily IN the forest, so anyone with a piece of land can do it.

The planning of a garden-forest takes into account the architecture, the relationships between species, the process of self-renewal of fertility and the process of succession. However, the design of the garden is entirely up to you and your goals.

“Mostly we go for widely spaced fruit trees with shrubs in between, paths winding through,” he says. “The forest gardens I’ve seen people design aren’t rows or linear squares, they’re freer, more naturalistic environments with trees and shrubs mixed in with herbaceous perennials thrown underneath. They’re so enough rich environments with a great diversity of species.”

Jacke says planting too close together is the most common mistake forest gardeners make. The hardest part is allowing yourself to do less and letting the system take care of itself, as well as knowing when and how to intervene.