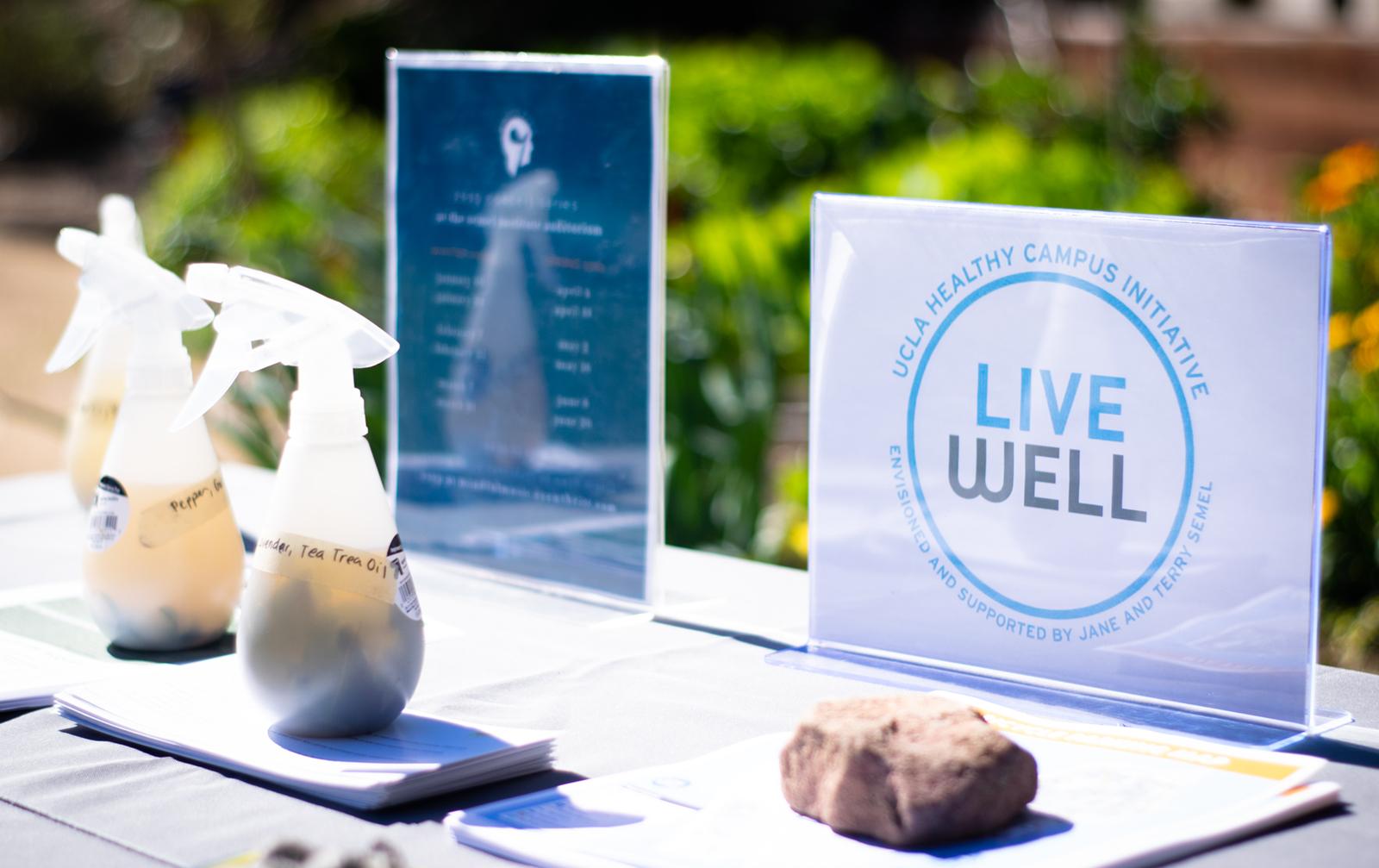 Correction: The original version of this article incorrectly listed Mandy Muenzer as an HCI instructor. In fact, she is the FITWELL Education and Outreach Coordinator and Vice President of Staff Assembly Wellness.

A campus initiative works to centralize the various health and sustainability projects on campus to address physical, mental and emotional wellness issues.

Staff members gathered in the Jane B. Semel HCI Community Garden to listen to a presentation on growing food and to sample produce from the garden.

The event aimed to educate staff on how to grow their own food, said Mark Biedlingmaier, HCI’s special projects coordinator.

“Teaching these self-sufficiency skills to grow your own food is empowering,” Biedlingmaier said. “It’s a skill that I think people should know.”

Geno Mehalik, vice president of staff assembly programs, said he organized the event to give employees information on resources for healthy living outside of the workplace.

“There are so many wonderful resources on our campus available to the entire Bruin community, and I organized the event to promote healthy work-life balance for all UCLA staff,” Mehalik said.

Greg Hatanaka, a cook from De Neve Dining Room who attended the event, said he thought the event was informative.

“It gave me a better understanding that the garden is for the community, the staff and the students,” Hatanaka said.

In addition to ongoing efforts like Tuesday’s Community Gardening Event, HCI has expanded its programming since its inception in 2013.

HCI has sponsored several new programs over the past year, including the UCLA Piano Project and a space activation initiative that aims to make Science Court a more carefree space by adding chairs and tables.

Mandy Muenzer, FITWELL Education and Outreach Coordinator and Vice President of Staff Assembly Wellness, said she believes there are enough resources on campus to help people to live healthy lifestyles, but many students are still unaware of them.

“It’s all too common for different groups to work on similar projects, but they’re so disconnected from each other that they don’t create the momentum and progress that they could if they worked under one umbrella,” he said. he declared.

He added that he believed the initiative had become more well-known among students year after year.

“I think we’ve managed to integrate to reach students, although we’re still looking to reach more,” he said.