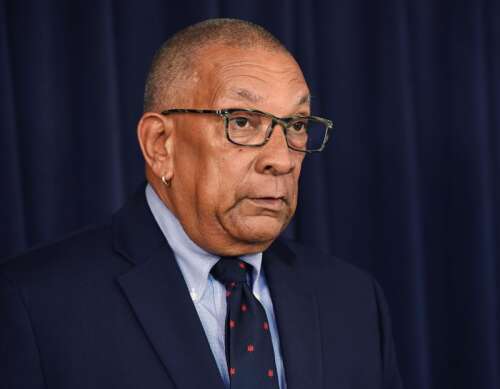 Agriculture is boosted with a community garden planned for each parish which the House of Assembly was informed of this morning.

Lt. Col. David Burch, Minister for Public Works, said the government owned 38 plots of arable land across the island, 32 of which were leased.

He cited the Crow Lane Community Garden as a “perfect example of a project that leads to wider community collaboration far beyond gardening”.

A community garden at Gibbs Hill Lighthouse Park has proven “very successful and well received by the Southampton community”, he said.

There are three other sites on the horizon: Southlands East, a plot at Tudor Farm and St David’s Community Garden.

Colonel Burch said there has been a strong demand for mulch from the Marsh Folly facility, showing that members of the public are growing their own gardens.

He said he told the parks department to add a production log to its community garden registry.

Colonel Burch added: “I would also like to invite private landowners who have unused plots of land that are suitable for a community garden to consider establishing one.

He said the Department of Parks would be “more than willing to help organize it”.

• To read Lt. Col. David Burch’s statement in full, click on the PDF under “Related Media”