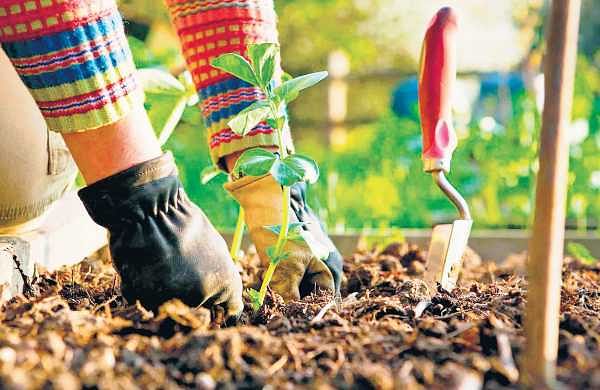 Breaking down barriers with community gardening – The New Indian Express

CHENNAI: It’s been a year now since I’ve moved to the south of France to a quaint little village near the backwaters. Farmers in this region have been using chemicals that have contaminated water and soil for decades.

As a result, citizens are strongly involved in environmental issues. One of the concrete initiatives is a community garden initiated by ‘La Fabrique Citoyenne’, called ‘Shared Gardens’. This concept is not really new, it emerged in the mid-19th century in European cities, to provide space for factory workers to grow their own vegetables at minimal rent.

The community garden movement is growing in rural and urban areas, where the connection with nature is lacking. Not only can members harvest and eat healthy produce, it also helps them interact and bond with different types of people and break down social barriers in cities where many public parks are being converted into community gardens.

Soon after moving I started growing vegetables at home, but something was missing. I then joined the Shared Gardens, a community garden that has over 40 members and is only five minutes by bike from my home. It is a great place to learn and exchange knowledge. Everyone shares the same love for Mother Earth and grows plants in a natural way despite the harsh conditions brought about by drought, wind, infertile soils and snails. This hectare of land on which the garden is located was once an orchard. The soil had become dry and infertile, but over the past three years it has slowly become fertile again thanks to the efforts of gardeners working on the permaculture beds.

We regularly attend training sessions on permaculture, sawing, seed conservation and more. We also have the opportunity to meet gardeners from other community gardens in the area to learn from each other. During the winter the vegetation slowed down, so we did some drip irrigation, planted trees, and added flowering bushes to attract insects. We just finished our first seed exchange event, and it was a great success. There was a lot to learn and I ended up with a dozen different types of seeds at the end of the day.

It helps us become self-reliant, and we end up avoiding buying products from outside. Growing your own food is a form of passive resistance in a world ruled by petrochemical / pharmaceutical lobbies.