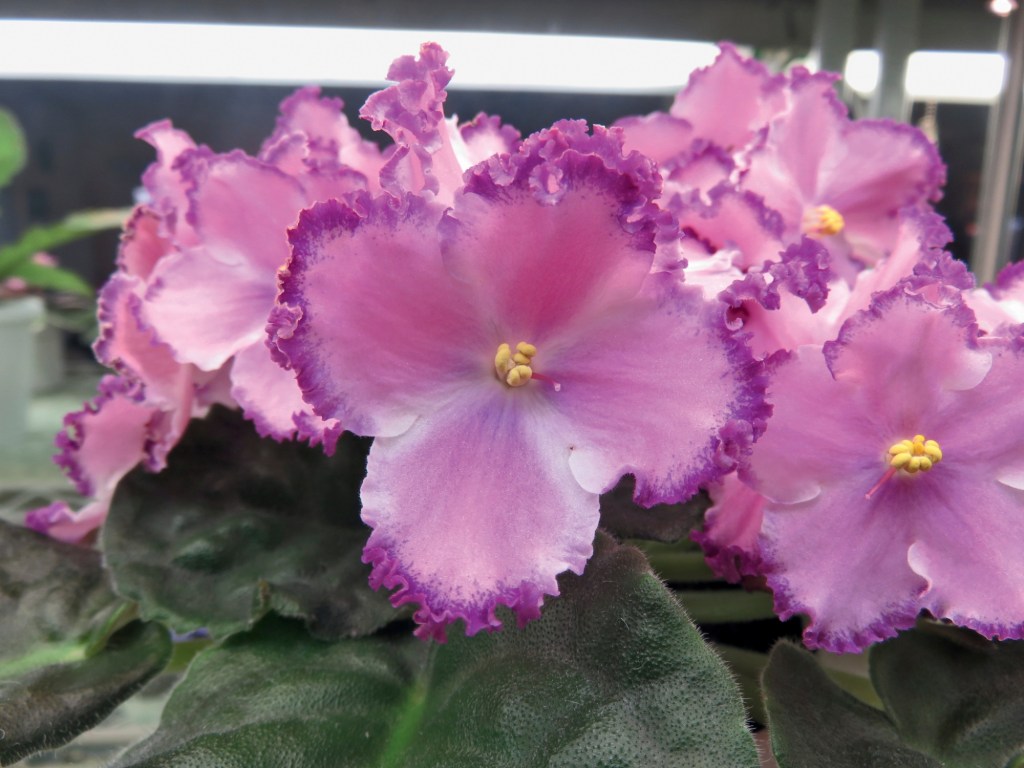 2. One of more than 40 plants highlighted in “Bloom” is the jewel orchid (Ludisia discolor). It is an indoor plant that has both remarkable foliage and flowers. The foliage is particularly memorable, black in color with red veins, a pattern that appears to be intended for evening wear. Since it is a terrestrial orchid (most orchids have aerial roots and grow in trees), it does not require porous orchid bark for a growing medium, but will do well in n any well-drained soil. Give it sun exposure in the morning or afternoon. Since the jewel orchid has succulent stems, it is easily propagated from cuttings. “The stems are a bit brittle,” writes Steinkopf, “and if one gets knocked down, it’s a great time to propagate. They can be placed in water, which is kind of fun to watch because the roots are thick with feathery growths.

3. The wax plant or porcelain flower (Hoya species) has the most irresistibly fragrant flowers of any houseplant. Its leaves can also have interesting shapes (including the perfect hearts you see potted for Valentine’s Day), with leaves that can turn pink or red when exposed to sunlight in addition to fascinating leaf patterns. variegated on some varieties. Add in a remarkable degree of drought tolerance and you wonder why Hoyas are among the lesser-known houseplant groups. Still, there’s a craze for Hoya right now, and enthusiasts are assembling terrific collections of its many species, including miniature ones. Steinkopf adds, “A well-fitting pot has been said to help flowering,” affirming a decision she made earlier regarding flowering houseplants in general, namely that “keeping your plant well-fitting in the pot or attached to the roots is necessary”. Being root-bound and stressed promotes and may even be essential for flowering. “A plant that senses that its very existence is threatened will use all its resources to ensure its survival” and “expend a large part of its energy to flower and produce seeds”.

5. Speaking of weeds, summer is prostrate spurge (Euphorbia prostrata) season. This is the closest plant to the ground I have ever seen and is truly one of the most attractive species. If it were a perennial it would be much sought after to cover empty spaces but it dies at the end of summer. Prostrate spurge appears during the summer season, even on soil that has not seen any water except for scanty winter rains. Due to its minimal needs, you wonder if it could somehow find its place in the ornamental garden. In any case, its elimination is simple because its root is shallow and the whole plant is easily torn from the ground.